Although poor data from the eurozone has punished the single currency recently, rates are currently being more guided by the moves made and measures taken by central banks rather than data as the emphasis on monetary policy becomes more crucial. This week the Euro zones data disappointed once again and increased the possibility of ECB cutting interest rates with the chances now rated at 60% in favour of a rate cut.

Germany the hub of the eurozone economy posted its latest Producer Price Index data which fell much further than markets had anticipated. The German PPI was forecast to decrease by -0.1%, mirroring last months reading. Instead, the reading highlighted another tumble in the inflation-linked economical data. Showing a decline of -0.4% the EUR/USD tumbled with investors now believing a 10bp cut more than likely.

The data was compounded by comments from Angela Merkel who stated that the German economy is in a difficult phase of slower growth. Some might class her comments as â€˜sugar-coatedâ€™ given the nature of the decline. The German economy will grow by just 0.5% in 2019 compared to 1.5% last year. Far short of the Eurozoneâ€™s average of 1.2% this year.

Germany has been hard hit by the Trump tirade on trade, with a key part of the nationâ€™s GDP dependant on exports. The slowdown as a byproduct has affected the global economy and therefore many wonâ€™t be surprised to see that a slowdown is now beginning to take effect.

Investors now believe that the ECB will consider a modest 10bp cut following the disappointing German data release. Markets now anticipate the cut has a 60% chance of happening this month, almost certainly provoking further Euro weakness. Rumours have been circulating that the ECB governing council is considering analysing its inflation targets. If the inflation target is therefore lowered, the money tightening policy could also be reviewed or lowered in line with inflation, potentially adding to the weight of the rate cut.

Dollar lifted by the possibility of a more modest rate cut

Providing the perfect storm for the Euroâ€™s demise was a story which stated that the FEDâ€™s rumoured rate cut might more modest than markets expected. Reports of a 25 or 50 bp cuts have circulated in recent weeks, however, itâ€™s now anticipated by markets to be the former.

News of the more likely option being a 25bp will inevitably aggravate trump, but also lifted the Dollar with the EUR/USDâ€™s loses compounded by the possibility of a smaller FED rate cut.

Speaking on Thursday FED member and NY Reserve Bank president John Williams pled the case for a more pre-emptive measure to avoid lower inflation and lower interest rates. He did, however, clarify his comments related to a broader conversation, rather than immediate FED policy. It does, however, outline the FOMC members rationale.

Investors are now betting on a 25bp point rate cut rather than the mooted 50bp. Markets now pricing in just a 24.5% probability of a 50bp cut down from in excess of 60% before Williamâ€™s comments.

The combination of John Williams comments and the rumours of ECB rate cuts and inflation reviews have seen the single currency punished against many of the majors. The Dollar has been able to capitalise despite no developments in trade negotiations and tensions with Iran continually evolving.

The comments and data from both Europe and the US have seen the EUR/USD pair fluctuate erratically this week and a sell-off of the Euro continued in the final hours of Fridays trading window. The pairs height being achieved early in the trading week with a rate of 1.1282 being traded at interbank. 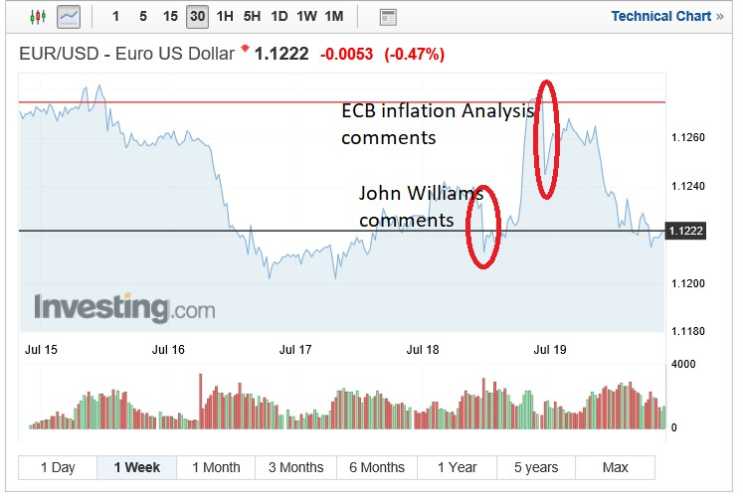 A rate that wasnâ€™t to be available again in the week with the currency pair touching a low of 1.1202 a few days later and fall from 1.1233 and 1.1278 being seen following Williams comments and the news that the ECB could review inflation policy.

The turmoil surrounding the calibre of the UK Tory party candidates and cul-de-sac Brexit has become has seen GBP rates compounded to lows last seen in 2017 when talks crumbled with Europe. The last quarter has been disastrous for sterling with GBP/EUR and GBP/USD exchange rates touching lows of 1.1063 and 1.2384.

GBP/EURâ€™s pursuit of gains was dramatically helped by recent speculation and data from the Eurozone with GBP/EUR spiking from 1.1068 to 1.1104, Sterling continued to appreciate gaining against the single currency and touched a week high of 1.1163. 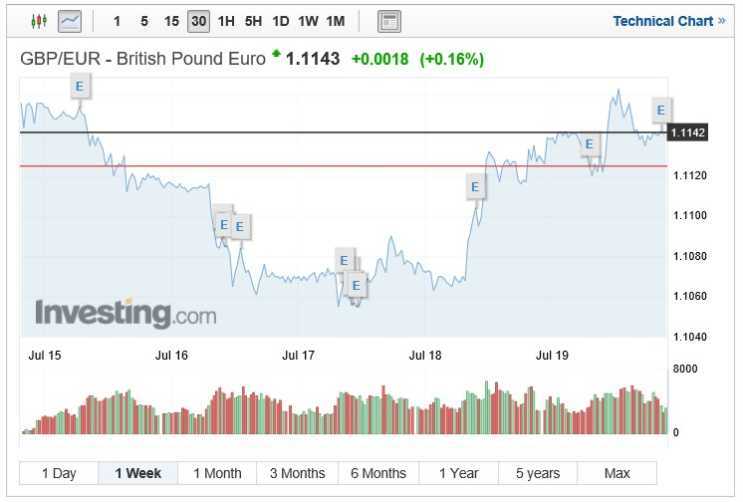 Sterling will almost certainly be sold off as it would appear highly probable that Boris Johnson will seize the glory tomorrow and become the UKâ€™s Prime minister. Expectations are for his 1st speech as prime minister to be pivotal to GBP forecasts, especially if he comments significantly on his plans for Brexit and continues down the no-deal route. 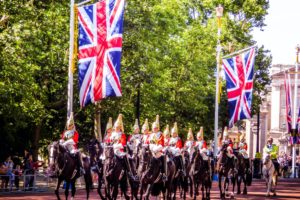 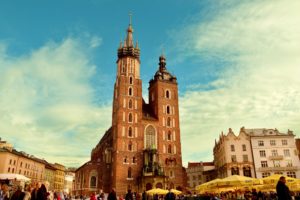 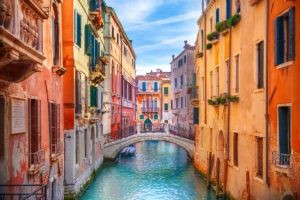 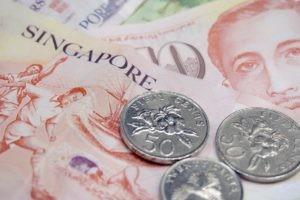 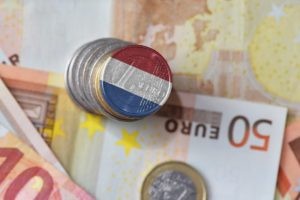