Our Best Cryptocurrency Predictions for 2019

Unlike 2017, Bitcoin turned out to become one of, if not the most unprofitable investments for 2018 when compared against all other financial investment options. It wasnâ€™t the worst, some cryptocurrencies lost up to 95% of their maximum value throughout the year and others, namely new ICOs when completely bust. Despite the negative curve, long term investors see an upside and are seeking an opportunity to see which cryptocurrency in 2019 is going to yield the best return. A number of projects and ideas looked attractive at the peak but have lacked execution, investment or adoption to kick on. As itâ€™s the new year and our new year tradition, weâ€™ve put together a list of whatâ€™s got the best potential to have the best chance of being a top performer this year.

Before we even start, we have created a beginnerâ€™s guide to Zcash and if we donâ€™t say so ourselves, itâ€™s a great read.

Zcashâ€™s USP is that this blockchain is created for people who want their transactions to remain private, a benefit to those who donâ€™t even make darknet transactions. That adds the value to the coin from an investment standpoint and it will only grow as the darknet continues evolving. A massive technical adjustment has been made theÂ ZcashÂ team which will reduce the memory consumption of transaction privacy by 98%.

More highlights that add to the investment case include:

At the moment, Zcash costs $62.35 and is the 20th largest cryptocurrency by market cap.

We’ve championed Monero â€“ itâ€™s a great alternative to Zcash but shares similarities. Monero, like Zcash is also used in the darknet market. The summary of Monero is the blockchain boasts thought-through transaction schemes that involve ring signatures and stealth addresses that keep transactions private. Privacy is king with these two.

Monero has the proof of work verification standard, like Bitcoin which it means thereâ€™s always value behind XMR. Monero has strong community support because itâ€™s based on the principles of decentralization and privacy, highly valuable to the investment case against for long term investors and traders alike.

Moneroâ€™s top points are as follows:

Again, we are big fans of IOTA, so much so weâ€™ve done another simple guide on everything you know â€“ except the prediction.

IOTA cryptocurrency primary purpose was for the Internet of Things. It has three key selling points:

IOTAâ€™s success over other coins is â€śthe Tangleâ€ť. Bitcoin uses a blockchain to maintain the ledger, IOTAâ€™s Tangle system solves the problems of scalability and transaction fees. The sender performs some kind of proof of work and approves two transactions. Thus, the higher the number of users is, the faster transaction speed. To top it off, IOTA has a lot of applications.

From a macro growth investment lens, the fact that the number of Internet-driven devices is expected to reach 30 billion gadgets by 2020 globally is enough to make it a serious contender. IOTA sits 12th in cryptocurrency ranking at a value of $0.3830. It does have a junior start-up competition with great potential too, IOTW â€“ watch that space closely too. Litecoin has always been likened to Bitcoin and was always put in the same sentence when main rivals were mentioned. Itâ€™s been a disastrous 2018 with Litecoin being one of the worst fallers. Comfortably in the top 10 cryptocurrencies (still) by market cap, it has reached 6th on the list with a market cap of 2.3billion. LTC plus points over Bitcoin has the average block mining time of 2.5 minutes vs BTCs 10 minutes. Coinbaseâ€™s top performers on traded daily volume is Litecoin which says a lot. The basic details and differences are in graphical form below: 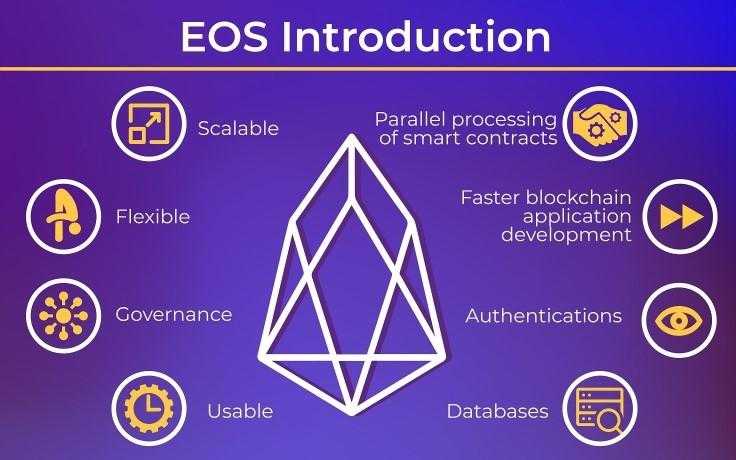 As part of the series of guides on top Cryptocurrency, weâ€™ve already done everything you need to know on EOS. The main standout point of EOS is of all Ethereum’s competitors, EOS seems to be the most technologically advanced platform. The reason, it removes the main barrier for developers. Instead of it, EOS users have access to databases and instruments along with other numerous services, which means no knowledge of programming languages is required. Growth and innovation, ideas sharing and resource sharing is, therefore, more capable and available.

There are more subtle benefits to EOS giving it value. It has no fees because 21 gatekeepers process the transactions. The coin isn’t mined because it’s produced by certain users elected by the community.

EOS currently lies 5th in the global ranking and seems to have bounced to a value of $2.79 â€“ cheap in the long run.

Over a year ago we gave 5 reasons why you should invest in Ripple and simply nothing has changed.

Up until this week, XRP held the second largest cryptocurrency spot by market cap after Bitcoin. After Ethereumâ€™s bounce from $84 to just under $160 to regain no.2. Ripple (the company) has completely revolutionised the financial sector especially the speed of money movement. Ripple was created for large financial institutions rather than individual users but has been dragged down by Bitcoins demise and associated lose in Altcoin confidence recently.

It serves to facilitate cross-border payments, making them lightning fast and cheap (a transaction costs a fraction of cent). Ripple Labs received huge support from corporate investors such as Google, and now Asian banks, currency brokerages and financial institutions around the world are on the verge of embracing XRP to complement the technology. Ridiculous predictions of $350+ get thrown about which doesnâ€™t help its credibility but $1 is realistic. It’s currently $0.36. But what about its rival Stellar Lumens (XLM)

Stellar is XRPs closely rival and is distinguished as it is designed to facilitate cross-border payments for the individual user. Stellar has only a $0.01 fee for 600,000 transactions â€“ Paypal charges $5 for oneâ€¦.! Stellar doesnâ€™t get marketed as successfully as Ripple but IBM believe in the technology. USPs include 5 second per transaction with green credentials when compared to other cryptocurrencies. Corporate investors believe in it and along with Ripple, you should consider it too.

Why consider TRX? Good question all you really need to do is click here for our no-nonsense guide. TRON has been slagged off recently but they recently acquired BitTorrent, which shows a level of sophistication of commercial awareness but also believes in the long-term project.

TRON allows for developing safe decentralized torrenting methods in the future. For gaming specifically or entertainment, such innovations can helpÂ distribute files across a network and re-assemble them for user downloading.

At the moment, The 10th biggest cryptocurrency is worth $0.023 per TRX, up from a low of 0.009 until the recent bounce, so itâ€™s a good punt for those who want significant value for money.