If you are buying that house abroad – chalet in France maybe? Beach house in Spain possibly? Typically, currency exchange is left until last. By then, the rates have moved against you and that ÂŁ200,000 pounds will only get you 280,000 euros, not 300,000 euros and soon enough the sale and with it, the dream falls through. Understanding what affects the rates before you move to get the best achievable rate at the right time is critical to maximising your hard-earned cash.

In business terms, itâ€™s like a very simple Profit and loss account. A countryâ€™s â€śbasicâ€ť finances reflect the balance of trade and earnings on foreign investment. It consists of a total number of transactions including its exports, imports, debt, etc. A deficit over the year due to spending more of its currency on importing products than it brings in through a sale of exports causes depreciation. The balance of payments fluctuates exchange rate of its home currency. With a poor exchange rate for a home currency, exporters benefit more as their goods and services become more attractive as the lower rate makes them more competitive for foreign buyers. The inverse happens with a strong currency benefiting importers

Related to the above is the terms of trade. It is the ratio of export prices to import prices. A country’s terms of trade improve if its exports prices rise at a greater rate than its imports prices. In simple terms it leads to higher revenue entering a nation, which causes a higher demand for the country’s currency, eventually increasing its strength. Hence why healthy and diverse producers, tech innovators, large manufacturers and diversified, efficient suppliers generally have the strongest economies as they donâ€™t have to buy in the resource.

Government debt is large in most developed nations. In the USA it has just risen above 20 trillion. It is defined as public debt or national debt owned by the central government. A country with government debt is less likely to acquire foreign capital, leading to inflation. The result is foreign investors will sell their bonds in the open market if the market predicts government debt within a certain country. If interest rates rise too, the cost of repaying that debt will be larger making it more expensive to service. A decrease in the value of the exchange rate will then likely occur. Countries like South Africa, Italy and Greece have seen negative financial symptoms from this issue

A country’s political state and economic performance can affect its currency strength. The UK and Brexit and all the uncertainty over the 2-year period is a classic example. A country with less risk for political turmoil is more attractive to foreign investors. One country that is always perceived as a safe haven, for this reason, is Switzerland and the Swiss Franc. Traders will move money away from an unstable nation. This week the riots in Paris, France have caused French indexes and major French stock to be rocked. Also, a country with sound financial and trade policy does not give any room for uncertainty in the value of its currency yet an uncertain one will experience depreciation. The graph below shows pound/euro for the last 5 years: A recession is defined as two consistent quarters without growth. After a 10-year bull run, so-called experts are predicting a recession as soon as 2019 but conservative predictions say it could be as late as 2022.When a country experiences a recession, its interest rates are likely to fall and with it decreases its likelihood to acquire foreign capital. In general, attractiveness across all financial metrics is reduced and the currency gets sold and depreciates.

A lot of movements in the financial market are confidence and sentiment based. On from that, rumour and expectation are a pretty big driver too. If a country’s currency value is expected to rise based on an event or data release, investors will demand more of that currency in order to make a profit in the near future. The simple supply and demand model will dictate the currency will rise accordingly. If murmurs of a politicianâ€™s resignation, below expected results for a key economic data release or a left-field piece of negative news â€“ the opposite will occur and confidence is rocked. 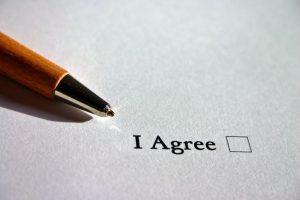 Foreign Exchange Broker: Benefits when Buying Foreign Currency
Foreign exchange brokers are specialists in helping businesses and individuals process and manage their currency exchange in a proactive and measured way. What is a Forward Contract? Forward Exchange Contract (FEC)
Forward contracts allow an individual or company to fix today's exchange rate for a date in the future to eliminate the risk of foreign exchange volatility How to Invoice International Clients in a Foreign Currency
ContentsInflation ratesInterest ratesTrade balanceTerms of tradeGovernment debtPolitical stability & performanceRecessionSpeculation, rumour and innuendo Dealing with suppliers can be a challenge in itself, all with different payment terms and preferred modes of payment. The waters can be muddied further when dealing… Foreign Exchange Transfer Fees & Margins
ContentsInflation ratesInterest ratesTrade balanceTerms of tradeGovernment debtPolitical stability & performanceRecessionSpeculation, rumour and innuendo It is difficult to provide definitive information on foreign exchange fees and margins as these will vary between the various foreign exchange brokers, however the majority of…