Dream for Euro Buyers as Sterling Breaks out to past 1.15 The Pound touched a two-month high against the U.S. Dollar and the Euro from Thursday morning onwards as traders and investors buy the increasingly popular view that the threat of a ‘no deal’ Brexit is becoming a less likely outcome on March 29. It pushed on through Friday to the strongest since May 2017.

The rumour mill churns out that Brexit purists in the UK parliament are sensing the (hard) Brexit project could get derailed if remain-favouring MPs establish a mechanism to legally take control of the Brexit process at best delaying UK’s exit from the EU, or overturn it altogether vi a second referendum.

Lee Hardman from theÂ MUFGÂ in London commented “Some MPs are reportedly looking for reasons to back PM Mayâ€™s deal if she can win more concessions from the EU over the Irish border, rather than face the growing likelihood that Brexit will be delayed and possibly reversed the longer they hold out backing a deal,”

Furthermore, the DUP have said it would back her deal if she wins a time-limit to the niggling backstop issue in Ireland. The Irish backstop is still one of the defining and differentiating issues left to sort and is a core reason for disagreement and delay in the process.

Trader talk from Hans Redeker, a strategist withÂ Morgan Stanley says “GBP remains a buy on dips, as chances of a no-deal hard Brexit have fallen,” Any reliable sign of some flexibility from the European Union concerning the Irish backstop could push GBP significantly higher, as shown this week.

A sign that the sentiment is moving towards a compromise comes from leading Brexiteer and Chair of the influential ERG group Jacob Rees-Mogg when he stated that â€śif she can get a deal with the backstop, weâ€™d mostly hold our nose and vote for it. At least then no Brexit comes off the table”.

“The Brexit-fond ERG are beginning to realise that if they want any Brexit whatsoever, theyâ€™ll need to back her deal. The devil is in the detail here; there canâ€™t be a climb-down without some concession from Europe on the permanency of the backstop, however flimsy it may be. This nascent reality is expressed in the uptrend,” says a note to clients from theÂ UBSÂ currency trading desk.

Its now secret that the majority of parliamentarians are opposed to a ‘no deal’ Brexit, after listening to industry forecasts that it will potentially damage the economy. What has become politically clear is voting down a deal is going to cause a â€śno dealâ€ť outcome. Thanks to a number of amendments from remain-leaning MPs this week, the mechanics of how Brexit can be delayed, or at best cancelled, has become clearer and importantly achievable.

Ironically the feeling of uncertainty is only serving to strengthen May’s political position. If Brexiteers are less confident a ‘no deal’ Brexit is the default consequence of voting May’s deal down, they are more likely to (reluctantly) back it. Tactically, if the Prime Minster can simultaneously implant doubt on whether the Remainers can execute a delay (on Brexit), she could also get their votes to pass her deal.

An unlikely option is the EU 27 countries would have to vote in unison for an extension of Article 50. A slow, bureaucratic and unlikely outcome.

“PM May will be hoping that the developments will intensify pressure on rebel Conservatives to fall in line and back her deal. If her amended deal is rejected again by parliament, the only viable options will be to shift to a softer Brexit stance or call a general election in an attempt to break the parliamentary deadlock. Overall, we continue to expect the pound to strengthen as ‘No Deal’ risk diminishes,” says Hardman.

The cityâ€™s view and data for the ÂŁ

Moving from Westminster to the city, there are some concerns being raised by analysts about the longevity of the break out in Sterling. A reduction in â€śno dealâ€ť talk and inflammatory actions and less chance of delay tactics from Remainers on Brexit is the basis for further Sterling appreciation.

“Delaying Brexit is far from finding a solution, in particular as the Brexiteers, who are quite vociferous, would never tolerate an indefinite delay of the EU exit. The current GBP strength is likely to constitute just a short breather,” according to Commerzbank in Germany.

Brexit’s March 29 deadline is approaching, and analyst Jeremy Boulton, an analyst on the Thomson Reuters currency desk says “the chances Britain will leave the European Union without a deal may never have been higher,” yet, “GBP traders are getting increasingly bullish”. Boulton notes traders are paring ‘short’ positions even though the need to hedge the risk of a chaotic drop the pound is snowballing. “The bullish expectations aren’t warranted, considering the political stalemate surrounding Brexit. An extension of the deadline for leaving the European Union would only mean more uncertainty,” says Boulton.

Sterling has understandably kept close links with Brexit updates. Yet fundamental economic data has given the pound a turbo injection thanks to Thursdays release ofÂ better-than-expected unemployment and pay figures. The pound flew through the top of the range and crossed theÂ â‚¬1.140-barrier against the euro, after the Figures from the Office of National Statistics (ONS) showedÂ there are record numbers of people in work in the UK. Similarly, average earnings increased by 3.4% in the year to November, the highest for 10 years. Employment, a strong sign of health in any economy, increased by 141,000 in the three months to November to 32.5 million, the highest since records began in 1971.

Sterling held most of its gains on Thursday morning (the point of the breakout) and as of just after 8:40PM GMT, it was trading atÂ â‚¬1.1494 against the euro. Against the US dollar, the pound was at $1.3058. It continued aggressively in to Friday.

Possible MP resignations over the state and direction could force a downturn on the pound but in the last 48 hours the opposition Labour Party said it was “highly likely” to back an attempt by lawmakers to prevent a no-deal Brexit.

The market is now completely discounting the prospect of a hard Brexit and pricing in the likelihood that â€śno dealâ€ť will come to fruition.

On a side note,Â Liam Fox has tried to go on a sales mission to the World Economic Forum in Davos to try and pull Brexit trade deals out of the bag. The International Trade Secretary has warned a â€śno dealâ€ť will â€śhave to happenâ€ť if Mrs Mayâ€™s deal cannot be voted through Parliament. He said Britain will become â€śchampions of free tradeâ€ť when it leaves the European Union. This is also the same man that said Brexit was going to be â€śthe easiest thing in the worldâ€ť to navigate through and that other countries would be â€śfalling over themselvesâ€ť to sign deals withâ€¦.. 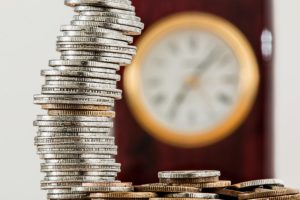 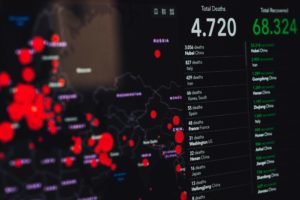 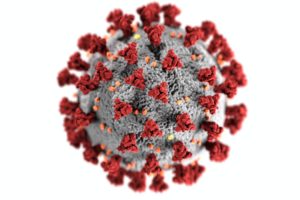 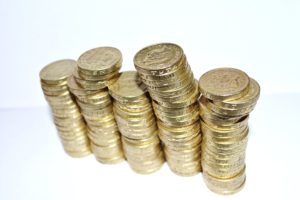